Phil is slow-building an RV-7A. The airframe is largely complete and most of the project has centered around the rebuilding of the engine, recovered from the crash of another pilot's airplane. He is also in the process of developing his own engine monitor and possibly other flight instrumentation. The airframe itself shows extraordinary craftsmanship, a testament to Phil's skills as a fabricator and machinist.

10/25/2015 was the date of his first engine start. It took a couple of tries but the engine ran strong and only needs some tweaking of the mixture. The video of the event can be downloaded as a zip file. It runs around 8 minutes and is about .6GB in size. Engine Start Video 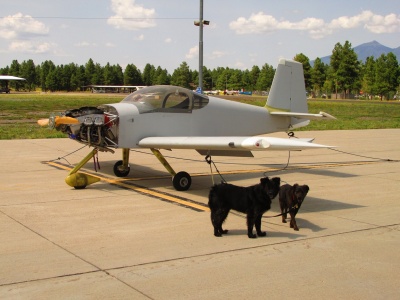