Winslow held a city-wide open house that included the airport. They requested that the Flagstaff EAA make an appearance. Initial plans to fly Young Eagles at the event were scuttled due to liability concerns but three aircraft, flown by Steve Allen, Mark Pierz, and Patrick Kelley made an appearance. Jim McPhee also came along and helped out talking to interested people about aviation. Steve Allen flew some adults for a couple of quick flights and paved the way for Young Eagle participation next time. The temperatures were cold but the winds were calm and we had a great time talking with the people of Winslow about our hobby. 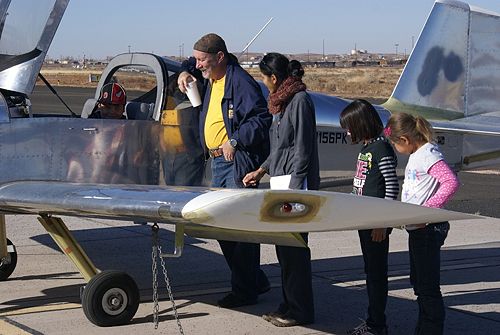